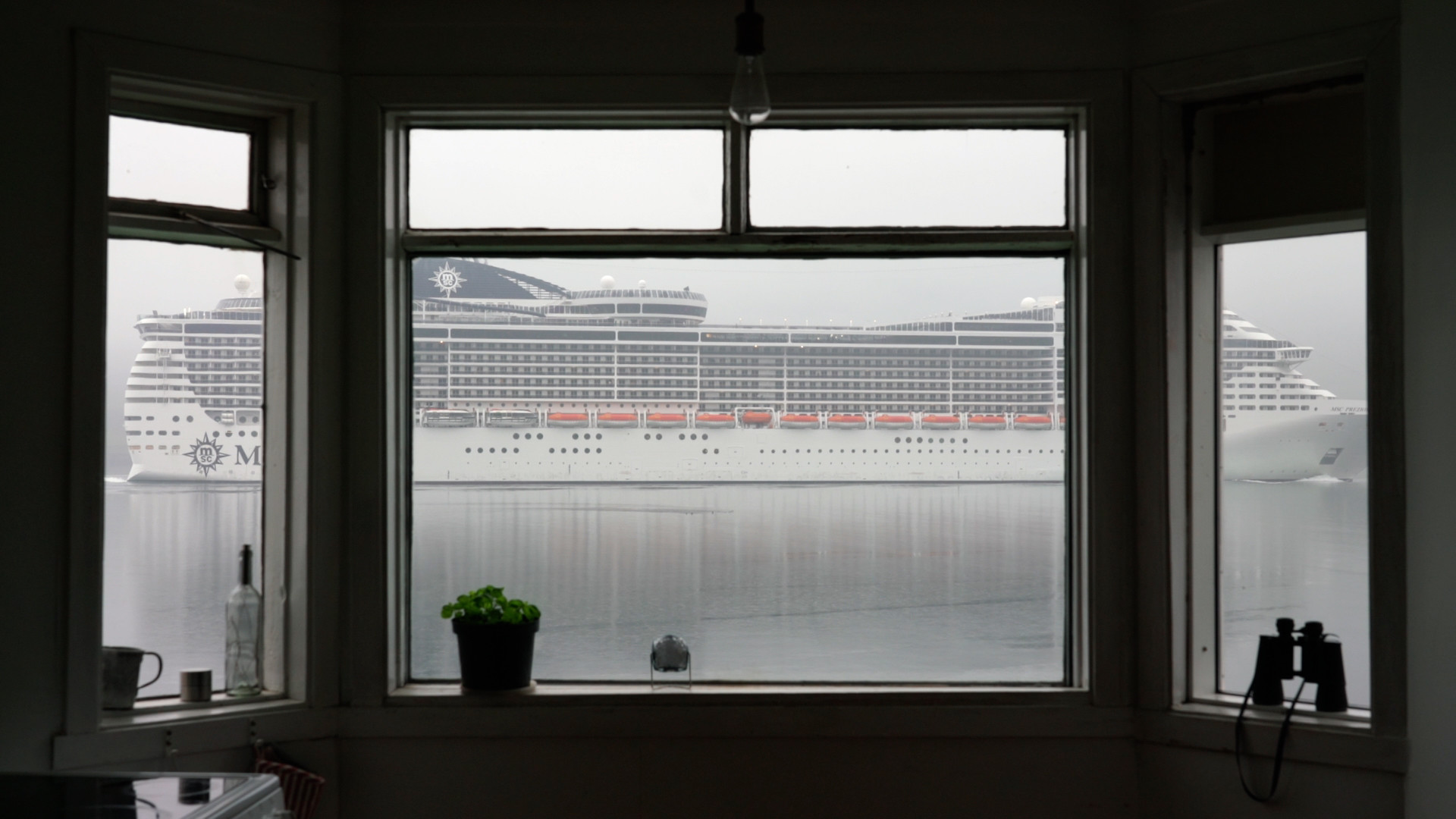 In the wake of a waning fishing industry and the banking crisis of 2008, Iceland’s economy has come to rely on the income of its booming tourism industry. In the harbour town of Seyðisfjörður, floating hotels higher than any local structure have became part of the landscape as cruise ship visitors outnumber the local population six-fold. The issues behind the scenes are largely unknown to the majority of visitors, who contribute to the shifting identities of the communities they wander. An Icelandic guide who has worked since his teenage years in the 1990’s, voices the changes and challenges that have come to Iceland with this new wave of mass tourism, set within the context of the digital age.